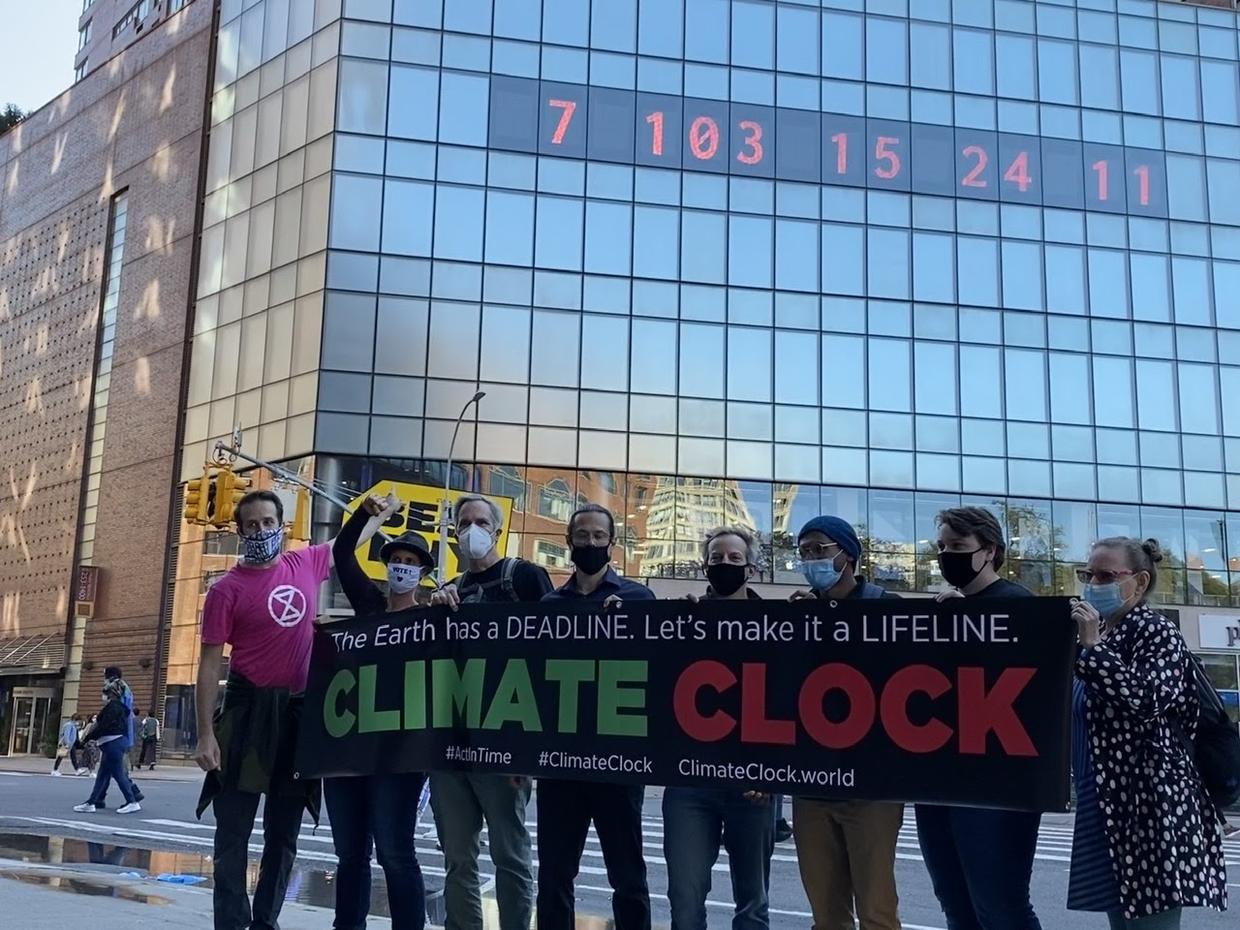 This post was written by Ariane Schoenweisner, part of the Maker-Clock and Climate Clock team, and senior studying Computer Engineering at Tandon

At the beginning of Climate Week NYC on September 19, the Metronome Clock in Union Square was replaced by the Climate Clock, a countdown to the Earth warming by 1.5°C. This represents the timeline given by the United Nations Intergovernmental Panel on Climate Change before the effects of climate change become even more devastating. The project was officially announced during the Earth Day Broadcast on April 19, a collaboration between March for Science and the Earth Day Initiative.

A smaller and more maker-accessible version has been under development since last January with the NYU MakerSpace, the original Climate Clock team, the NYU Urban Food Lab, and the NYU Prototyping Fund. The national organization March for Science connected NYU PhD candidates and NYC chapter co-founders Omar Gowayed and Ingrid Paredes, and the newly recruited maker team Shlok Paul and myself, to the artists, Gan Golan, Andrew Boyd and their technical lead Adrian Carpenter. In order to expand the use of our prototype, we applied to and were awarded funding by the Prototyping Fund. After building the original Maker Kit (primarily composed of an LED matrix display and a Raspberry Pi, full details available at https://climateclock.world/make) developed for climate activist Greta Thunberg, we were encouraged by Prototyping Fund mentor Professor Anne-Laure Fayard to try altering the messaging. We decided to change it from a deadline into a lifeline.

To encourage change, we developed an online widget in conjunction with the clock, allowing users to adjust the speed and scale of climate response in order to view the effects on global temperature. The mission was to provide less a terrifying countdown and more a visible incentive to pursue immediate climate action. We presented our built Maker-Clock, along with the interactive widget, at the virtual Prototyping Fund Showcase on April 30.

After an extensive effort from the artists to get permission from the building’s owners (and many hours from Paul, me and a few others troubleshooting the clock in a tiny control room, on a Zoom call from across the country, or sitting on the curb filming any changes in the clock’s display) the iconic Metronome Clock in Union Square became the countdown. The publicity surrounding the new installation caused people to express their enthusiasm to build their own mini climate clocks. We’re currently working on developing a cheaper version of the clock to be integrated into a climate justice curriculum for local schools, and making updated kits and enclosures for shipping to enthusiasts all over the world!

Meanwhile, our initial Maker Kit will find a home on display in the MakerSpace. Stay tuned to the MakerSpace blog for more updates on this project and our files and resources.

Contributors to the Climate Clock project include: